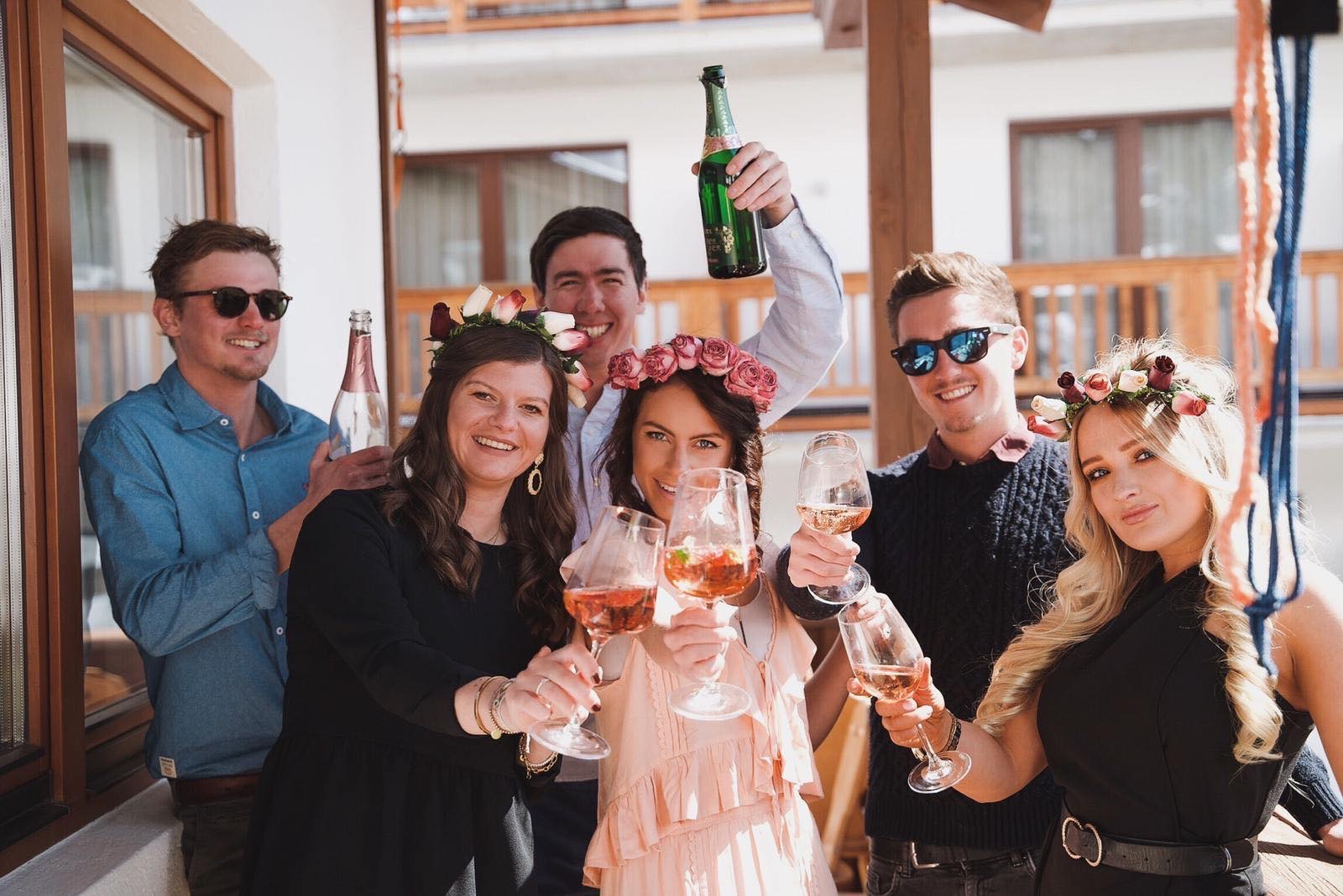 My name is Maartje and I am 19 years old. Every winter I work as a ski-instructor in Obergurgl, Tyrol, Austria. When I started my season full of motivation again in December 2019, I could never have imagined what the end of the season would look like. Together with 50 other young people we live in the ski instructor’s house, which belongs to the ski school. We share a kitchen with a small TV where we put up the news every morning. It increasingly concerned an outbreak of the Coronavirus in Wuhan. For us, however, this drama ends when we turn off the TV and then do our work on the slopes. We could see the impact of the matter, but it didn’t influence us right away.. At least we thought so. The ski instructor bubble you are in gives you such a different sense of reality that you feel almost immune to everything from the outside world. Every day there was more and more talk about the Coronavirus, but even after it spread rapidly at an exponential rate, we just put on our goggles and went skiing. Nobody stressed about it here.

Until we were told in March that the Ski School in St. Anton was sending people away, and shortly after Ischgl decided to close the ski resort earlier. What did this mean for us? On March 12 it became clear that all ski resorts in Tyrol would close on March 16. It felt surreal. The best part of the season, the warm April month with the Easter holidays, was coming. This just had to continue? The next day, the entire ski school was called to gather in the conference room. The last time we all sat there was to celebrate Christmas together. Now the atmosphere was completely cut. Everyone listened to our boss shuddering, who said that it was over. Everyone quickly had to fill in and sign all kinds of papers and contracts. The same day, half left for home. I also planned to catch the plane the next morning. I called my parents to discuss the situation. However, they came with even worse news. My brother had become very ill and my family feared the Corona virus. They went into isolation with the family for a minimum of 2 weeks and strict hygiene rules were set up inside the house. “Maart, do us a favor and stay there!” I didn’t know what to do.

My gut feeling told me to leave as soon as possible, but my mind told me to stay. I decided to listen to my parents and stay. Out of the 100 ski instructors of the ski school, together with 8 others, I formed the group that did not leave. On the 15th, the resort was already closed. In a panic, all lifts were already slammed shut at 12:00. Since Obergurgl is at the end of the Otztal Valley, there is only 1 way out. The Timmelsjoch, the road through Italy, is much higher and is covered with snow and ice in winter. So it was closed. The only way home was through Sölden. But Sölden got a blockade on the road with army and police at the end. Everyone had 1 day to leave, so as of March 16 nothing was left of the lively atmosphere in Obergurgl. Although nothing could happen to us, it was one of the most exciting things I have ever experienced. I am 19. When you see elderly people, like your own responsible boss, in full stress, you know that it is serious. This was the first time something like this had happened for all of us. With the group that stayed here we formed our own “Quarantine Hallway”. We knew it would take at least a month before we could leave. We made the best of it all. Drew up a calendar, filled it in with self-invented events and themes. We had poker evenings, a mini festival, Cluedo, cooking evenings, pancakes for breakfast, Gender-reverse-day, Royal Escort horse racing and much more. The atmosphere was great, until someone from the house became very ill. Another housemate decided to call the doctor and the next morning someone walked into the house completely dressed in a white suit with hood, gloves, a mask and glasses. An ambulance was ready outside. It just looked like an ET movie scenario. Obergurgl is a small village so all residents knew in no time that our house was a “black zone”. We were completely isolated, were not allowed to do more shopping ourselves, but had to have this arranged by emergency help.

Shortly afterwards we received an email from the municipality. Sölden opened for 1 morning, for everyone who was stuck to leave. But because we were in isolation and we were still waiting for test results, we had to stay here. 5 days after the departure time on April 3, we got the results. Negative. So everything was for nothing. Everyone was done with it, wanted to go home. The vibe was completely gone and everyone retired to their own rooms. Then sit out until the 13th. Quarantine would then have ended. 12 April. Everyone was packed, and wanted to leave. We received a message from the municipality saying that the Quarantine was extended until April 26. How can this be? The stress was good again. To this day, we are still busy calling our Embassies and the city and trying to leave. Looks like it’s going to be okay! I can’t wait to see my family again. My brother is now doing better and everyone is enjoying the Dutch sun in the backyard. We take the situation very seriously, but we prefer to do it when we can all be surrounded by our own family. My wish is for everyone to get back together with their family and loved ones. That’s all the support we need in unprecedented times like this. Stay at home, take care of each other and protect the weak. Only then can we defeat this virus.